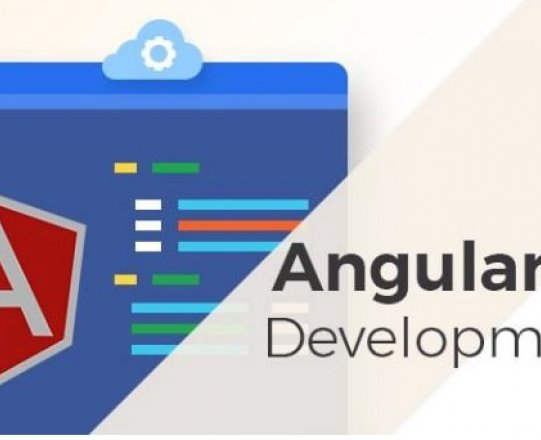 Angular JS is an open-source framework formed by integrating HTML codes and application modules. Based on MVC architecture, it is useful for developing rich web applications. AngularJS development emphasizes code quality and testability, so it is the most preferred framework over all the frameworks available. Read on to know the benefits of using Angular JS for developing web apps.

Nothing can beat Angular JS when it comes to front-end development. Having multiple features such as MVC pattern, dependency injection, directives; it is regarded as a robust solution. Angular JS has two-way data binding feature, making it a simpler, less intrusive approach to construct the UI. Moreover, it is freely available, making it a common platform among developers. The framework allows developers to expand HTML syntax and create more dynamic and responsive websites that thrive end users.

Thanks to the MVC architecture, it is quick and easy to develop, test and maintain the web application. With Angular JS the developers need not manually merge the code of Model, View and Control (MVC). The framework strings the code together. Aside of that, MVC, when coupled with dependency handling, facilitates parallel development.

Angular JS lowers dependency over other modules, means the process increases the developer’s throughput. Being derived from HTML, Angular JS doesn’t require much time and effort to develop a simple application.

With Angular JS, it is easier to fulfil complex web development requirements. Developers can build the application in modules because of straightforward MVC architecture. And that facilitates smooth collaboration among developers. Even newcomers can join in the middle of the project and well manage or write codes.

4. The Plug and Play

Developers can incorporate the components of different layers of app logic in a new application without any complications. Using a plug and play feature, one can copy and paste the features. No need to write the codes from a scratch. Isn’t it good for developers’ productivity? The brilliant feature helps you create a robust backend and fantastic UI.

Angular JS supports a single-page application (SPA) development. The beauty of the SPA is that your website functions like a native app. SPA helps your website replace the existing web page with new Web server data, to communicate with the new web browser. No more default method of loading completely new pages. Therefore, your web pages load quickly and are easier to maintain. Moreover, Angular JS based SPAs work on every platform and provide an outstanding user experience.

Google uses Angular JS framework for its own applications. So, the well-trained engineers of the popular organization keep improvising the framework. Such backup adds credibility to the framework and benefits the large network of other developers.

It is easy to handle angular applications because you can avail plenty of built-in optimization tools to speed up your app. Other than that you can use specific optimization hacks like using the one-time binding wherever possible or limiting the watchers or DOM access, disable CSS or debug data and so on.

The above benefits prove that Angular JS with its unique features and great UI is the best choice to build dynamic web applications. If you want to build high performing, scalable and custom web app then get in touch with the best Angular JS Web Development Company, today.