Angular vs React - Which One Is Better? 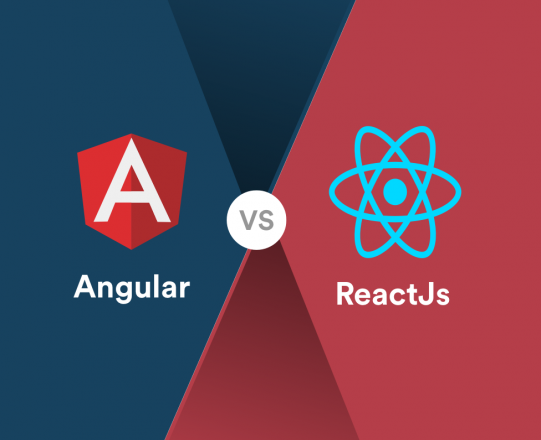 What is the right front-end development framework? React or Angular? This is a tough choice to make! Isn’t it? Both are popular JS frameworks and each has its own share of strengths and weaknesses. This blog compares the technical aspects of both frameworks that will help you decide whether to hire a react developer or an angular developer for your app development.

Here are some parameters to compare Angular and React1. Architecture

React library has a one-way data-binding approach and is advantageous for only projects with too much coding. Changing an input in the UI will not change the state of a component. This is a good feature that keeps the app stable and makes debugging easier.

While Angular supports different dependency injections, React doesn’t entirely do so, because it has a global state for all the components. With Angular, it is easy to pass in dependencies of components. This feature allows Angular to have distinct lifecycles for different stores.

DOM organizes the HTML and XML documents like a tree that helps in the proper evaluation of the frameworks’ performance. Angular uses incremental DOM i.e even if a single change occurs like a change in a profile name, the whole tree structure of HTML is redefined instead of changing just the name. Any differences are applied to the “real” DOM. Bidirectional data binding and real DOM makes Angular’s process slower than React.

React uses new virtual DOM i.e whenever any changes in document contents or structure occur developers only modify the “real” DOM, where it differs (without updating the entire tree structure). Along with the unidirectional data binding process, React reduces the workload and as a whole gives faster performance.

Angular Js is the best fit for - big and mid-level projects and HTML, CSS, and JavaScript. Developers prefer Angular when working on a highly customised specific app or creating a shareable component in an app or developing an app with multiple events.

Developers choose React Js when dealing with Java, C# or an older version of Angular. A company needs to hire react developer, to create a large scale feature-rich app. When there is a need for high productivity or a ready to use solution, React is the go-to option. It is also a good choice if you want to regulate the app size.

Angular is mostly used for developing single-page applications that not only have. Complex structure, but also multiple programming modules. So, there is a need for a framework that allows complex maintainability. Angular crafts maintainable JS that provides HTML extensions to handle problems.

React depends on third-party tools. React development company must keep this in mind to scale an app. That said React can help you easily develop maintainable architecture with server-side rendering. Angular on the other hand provides all the core features required for scaling an existing app by adding new functionality.

Since Angular uses a compiler it speeds up the compilation process of the browser. But, when working with React bundle size matters a lot. A smaller file means faster it loads. Faster loading means higher ranking and better conversion rate.

As you can see both frameworks are powerful and have their limitations. Are you planning to come up with an industry-standard web app and not sure of which technology to use? Get in touch with Mitiz Technologies, the best Angular and React development company In India.