In 2021, These Mobile App Development Trends Will Amaze You! 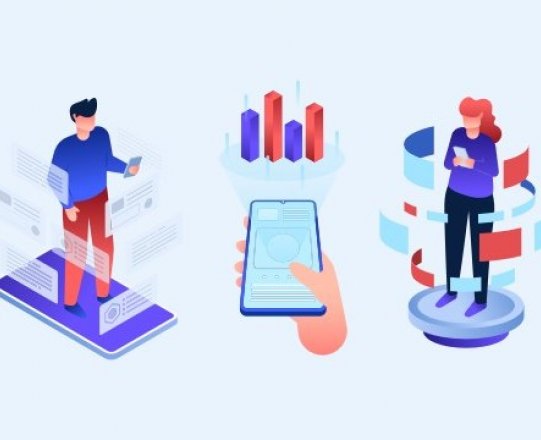 The year 2020 bought a huge change in our lives and we didn’t see it coming. From staying at home to maintaining social distancing, the art of living thoroughly changes. While several businesses faced the hindrance caused by the pandemic, many of them lost to the battle. And do you know apps like Instagram and Facebook were still ruling because more number of users joined in during the pandemic?

Well the reason to this is quite obvious as people spend a lot of time using mobile apps and it will be more in near future. At the same time, innovations and new app trends are emerging and like always, the year 2021 has also come with latest trends here, we will discuss about mobile app development as it always leads the charts! So let’s begin with some of the amazing mobile app development services of 2021.

5G-Undoubtedly, the 5G technology will eventually have a magnificent effect on the trends in mobile app development. And, 4G is a strong proof to that. And as per a survey, it is estimated that 5G will lead a new way to the creation and use of mobile apps in future. 5G is the natural evolution of its previous generations, 4G and 3G and as per an analysis, it was found that the download speed of 5G is several times faster than 4G.

App clips- Did you hear the news of app clips becoming the star of Apple’s feature? Well, yes, in the year 2020 it became a star among the trendiest mobile app development mania. The goal of it is to upgrade the ease of mobile apps by controlling the power of full apple software and hardware system. The main reason of app clips to allow the users to use and have a look without the need to install the app. Isn’t it amazing as the user can save phone space!

IoT- The Internet of things is taking the world by the storm! And as per an estimation, it is predicted that by the year 2022, the IoT value will increase to 500 billion dollars. It is an advanced technology that is very familiar to the people as it impacts the way they interact and even relates the way of living. Providing a user-friendly and easy environment to users to engage with several digital and smart devices in real-time. The best impact of IoT’s in future will be on smart home automation devices.

Voice- Undoubtedly, the market possibilities of Voice search are not going to be taken for granted by mobile app providers, as the hype of VUI is flowing like winds. As per a report by TechCrunch it was stated that 66,4 million America have a smart speaker and other voice processing digital devices. And it is suggested that Business owners should pay keen heed to this mobile app development trend to grow and expand their businesses in 2021.